Can My Security System Be Hacked?

Whether you currently own a home security system, or have decided to add one, your goal is safeguarding property and loved ones with the most advanced technology.

With this, however, comes increased risks for hacking as attackers become more sophisticated.

There are proven protections and best practices against hacking that can be implemented on your own, or by working with a professional home security provider, such as General Security.

Let’s examine best practices on how to identify hacks, precautions to take, and what you can do if your system does get hacked.

Why Do Cameras Get Hacked?

There’s really no specific answer. Typically, it’s to steal security system login data and passwords to spy on unsuspecting consumers. Hackers could use this for schedule tracking, such as when victims leave/arrive home, or go on vacation.

Since the hacker has remotely compromised the security system, they can easily enter the unoccupied home—remember, they already know your schedule—without activating alarms and alerts.

Some do this for other reasons. This could be for fun—trying to see how far they can push the envelope. There have even been reports of hackers infiltrating a home security camera’s audio and video systems and simply speaking to unaware residents.

There’s no known customized alert notification for these attacks. But you can take precautions, one of which is installing a security camera mobile app, such as Alarm.com. This provides an event log history of your system’s activity. Signs, such as unauthorized or unusual actions, could signify a system hack.

A possible indicator may be if it appears your camera is following you.Hackers might point or zoom pan-tilt-zoom cameras into different set positions.

Your camera’s LED light is another sign. The camera could suddenly be turned on by a hacker who’s gained control.

How Are Cameras Hacked?
As aforementioned, hackers can infiltrate your security camera system with the already obtained login information.

This could be accomplished through your camera or wireless router. Taking extra precautions, such as adding password managers and advanced wireless encryption—more on that later—can help decrease risks. But first, let’s build awareness on both the how and the methods hackers use to get into your home security system.

Hackers collect exposed login information from data breaches. For example, let’s say you use the same—or similar—user name/password combination on multiple websites. Utilizing software programs, hackers can stuff or cross-reference those same credentials into a login page of an online shopping or dating website you frequently use, unlocking these and other accounts sharing those combos.

This is an automated attack on password and PIN numbers processed through all possible combinations of characters in a specific sequence.

Similar to credential stuffing, this occurs through leaked or commonly used login information. Think of a password such as ABC123. Hacker software exposes this through brute forcing or mutating values.

Credential cracking can be curbed by setting your system to lock up after several failed login attempts. However, this will only work if the hacker makes multiple tries to break your user name/password combination.

More typical for a homeowner, a remote attack entails a hacker locating a network vulnerability to gain entry. Your security camera’s online video feed could fall victim to the aforementioned credential stuffing, in which your camera and router have shared passwords subject to a previous data breach.

Factory-provided default camera and router passwords provide easy access for hackers to circumvent any network security measures you may have implemented. It’s recommended to use a unique password that’s updated frequently. We’ll discuss this in more detail later.

In a commercial setting, a local attack requires the hacker to be on premises in the CCTV camera cluster’s main control room, to gain control of your video feed and view its digital video recorder (DVR) footage. This is highly coveted, and CCTV signals aren’t open to outside receivers since they’re typically used for public safety or government entities.

Homeowners could install a CCTV system if they have a larger property requiring more than five cameras. A hacker can spoof the consumer’s router with a duplicate wireless signal and IP address indicating a trusted host. Thinking it’s safe, the consumer connects by default.

Hackers also like to infect connected devices by hijacking them for use in a botnet environment. Aimed at slowing down your camera’s functionality, connectivity and power, a DDoS attack cripples online service by crowding it with traffic from various other sources.

This is usually through already damaged software. DDoS also targets technology devices, such as home PCs, printers and DVRs.

There’s never a guarantee your security cameras won’t get hacked. However, there are measures that can diminish your chances. If you’re running wireless security cameras, securing your wireless network and router should be top priority.

This is the crux of what wireless security is— a mix of encryption, authentification, and authorization to provide high-level wireless network protection.

Encryption reads your data stream and mixes it up so it’s unreadable to outside infiltrators.

If you work with an authorized security provider, such as General Security, you’ll have access to a camera with advanced wireless encryption.

This extra security layer keeps your access points secure so that it can’t be deciphered by network outsiders. Known as an authentication protocol, it demands a secure, encrypted communication code that can securely move data.

If you’re running wireless security cameras, securing your wireless network and router should be top priority.

Passwords should also be changed frequently. If you can’t remember to do this, install a Password Manager to maintain auto logins for everything. This stores several passwords and encrypts your full database for a unique, master password.

If you're using accompanying security camera apps for remote monitoring, they should be set to auto-update. This ensures app stability, security, and bug fixes.

Adding two-factor authentication makes it difficult for intruders to gain system access. This provides an extra step to confirm the user’s identity with more than a password.

The second part of this could be adding a unique passcode delivered to your mobile device. It could also include a secret security question, such as: What street did you grow up on?

Many hackers use signal-blocking devices called jammers to lessen wireless radio frequency signals. These can keep intruders out. However, many hackers are using them transversely to remotely disarm a wireless security system.

While there are several types available with different strength levels, some security cameras—and accompanying wireless routers—still have default Wired Equivalent Privacy (WEP) and Wi-Fi Protected Access (WPA). It's recommended to use a security camera with stronger levels, such as WPA2 or WPA3, as outlined below.

The current standard since 2006, it replaces the outdated and less effective WEP, providing stronger authentication and encryption.

Unlike the original WPA, WPA2 requires a longer password for an extra layer of hacker protection. It’s also important to note that WPA2—unlike WEP or WPA—doesn’t use security-limited Temporal Key Integrity Protocol (TKIP).

In June 2018, the nonprofit Wi-Fi Alliance announced Wi-Fi Certified WPA3. This raises WPA2 to the next security level, with added authentication and cryptographic strength when transferring highly sensitive data, such as login information.

According to the group, WPA3 is a more “resilient, password-based authentication even when users choose passwords that fall short of typical complexity recommendations.”

It also provides Simultaneous Authentication of Equals (SAE). This protects users from actions, such as password guessing by hackers—also known as the aforementioned credential stuffing.

While there’s never a guarantee your security camera system won’t be hacked, the aforementioned precautions lessen your chances. It’s important to work with a security service provider that can provide technologically advanced solutions, especially as attacks become more sophisticated and frequent.

The Best Features of Remote Video Monitoring in Commercial Settings 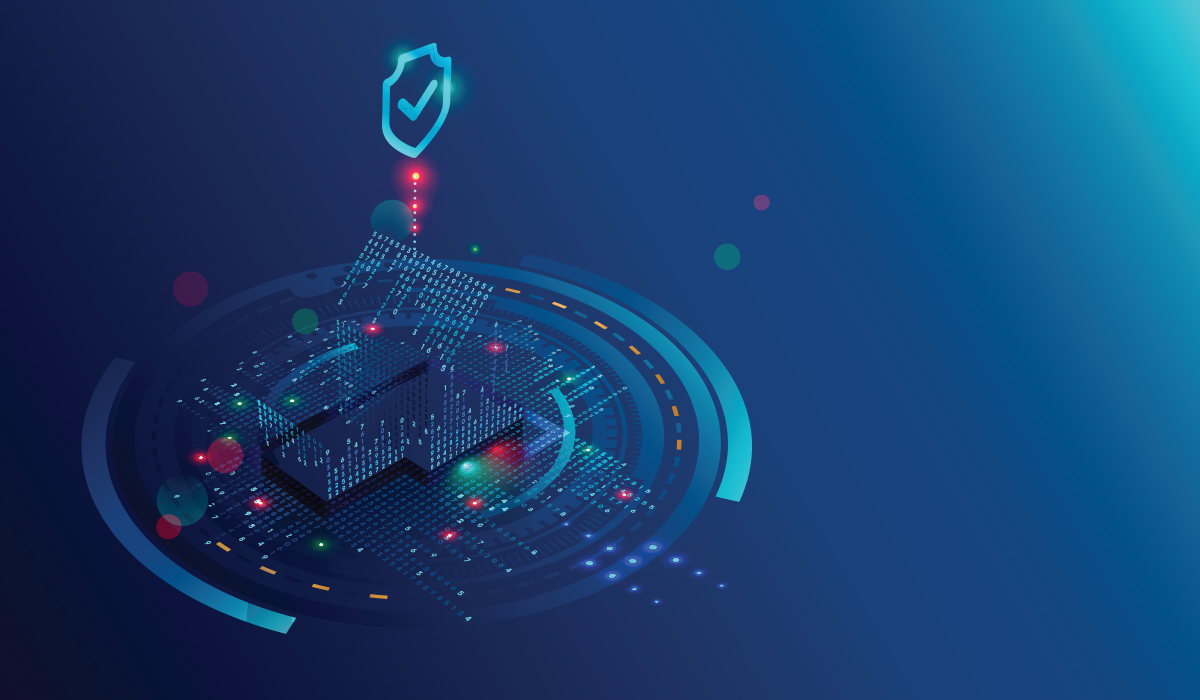 Benefits of Working With a Regionally Based Home Security Provider